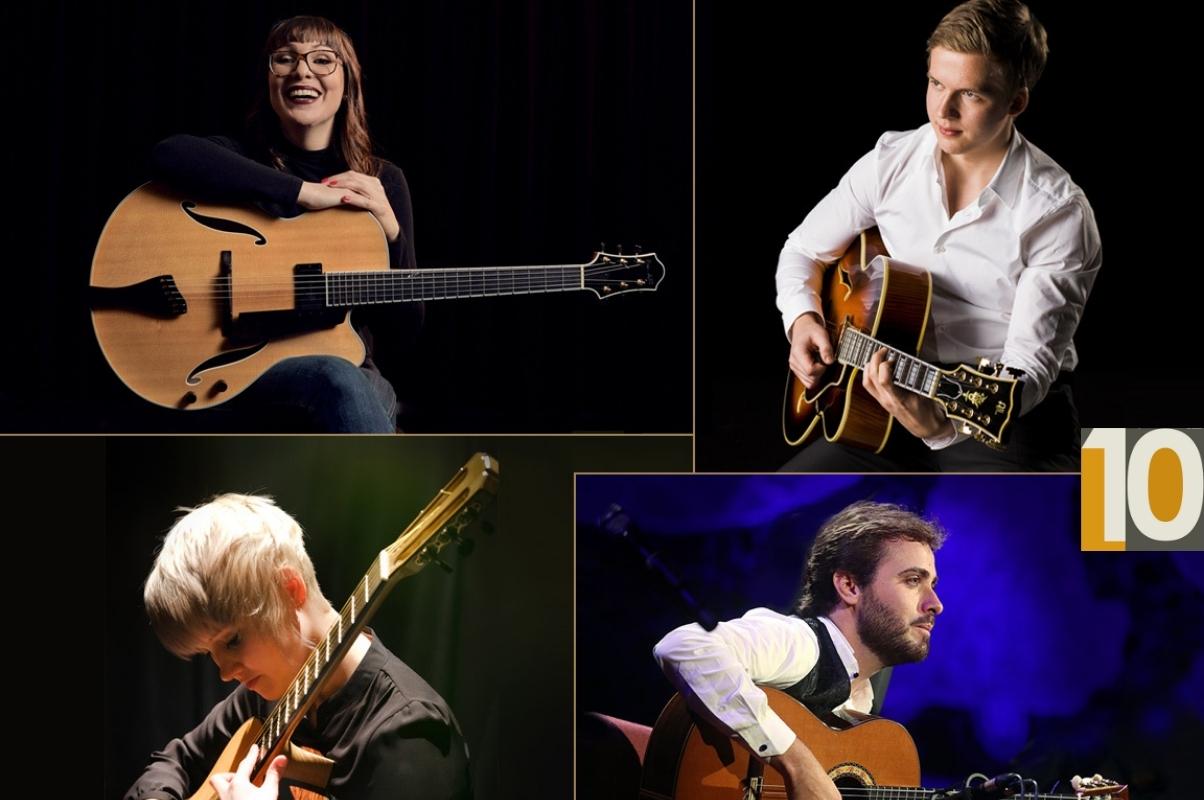 PRESENTED BY THE ARTS COUNCIL OF BIG SKY

Olli Soikkeli was born in Nurmes, Finland in 1991. Now based in New York City. He started playing guitar at age of 12. After a few years of playing Olli was introduced to the music of great Django Reinhardt and Gypsy Jazz has been Ollis’ main focus ever since. Soon Olli was playing in jazz clubs and festivals all around Finland. After touring all around Europe with musicians such as Paulus Schäfer and Arnoud Van Den Berg Olli decided to move to New York City in 2014. Olli has played legendary venues such as Birdland Jazz Club, Blue Note and the Lincoln Center.

Stephanie Jones is an active soloist and chamber musician who is currently based in Germany. She has recently finished her Masters and is currently studying a Konzertexamen in Classical Guitar Performance with Thomas Müller-Pering at the prestigious University of Music Franz Liszt.

Jesús Guerrero was born in 1985, in San Fernando (Cadiz), Spain. He started playing guitar at the age of eleven years under the tutelage of master teacher José Luis Balao.  Jesus’ natural virtuosity with the instrument and his musical creativity have led him to be one of the most sought-after figures of the current flamenco scene, performing with his trio, in duet with his wife Alba Carmona, and assisting many of the great singers, including Nina Pastori and Miguel Poveda, with their records and live shows.

Jocelyn Gould is a Canadian jazz guitarist. Passionate about the tradition of jazz guitar, she cites Grant Green, Kenny Burrell, Wes Montgomery and Joe Pass as primary influences of the instrument. Originally from Winnipeg, Canada, Jocelyn holds a Bachelor of Jazz Studies from University of Manitoba and a Master of Music in Jazz Studies from Michigan State University.

Each musician performs individually, as well as in duos, trios, and the full quartet. The night promises to be the finest guitar playing on the planet.