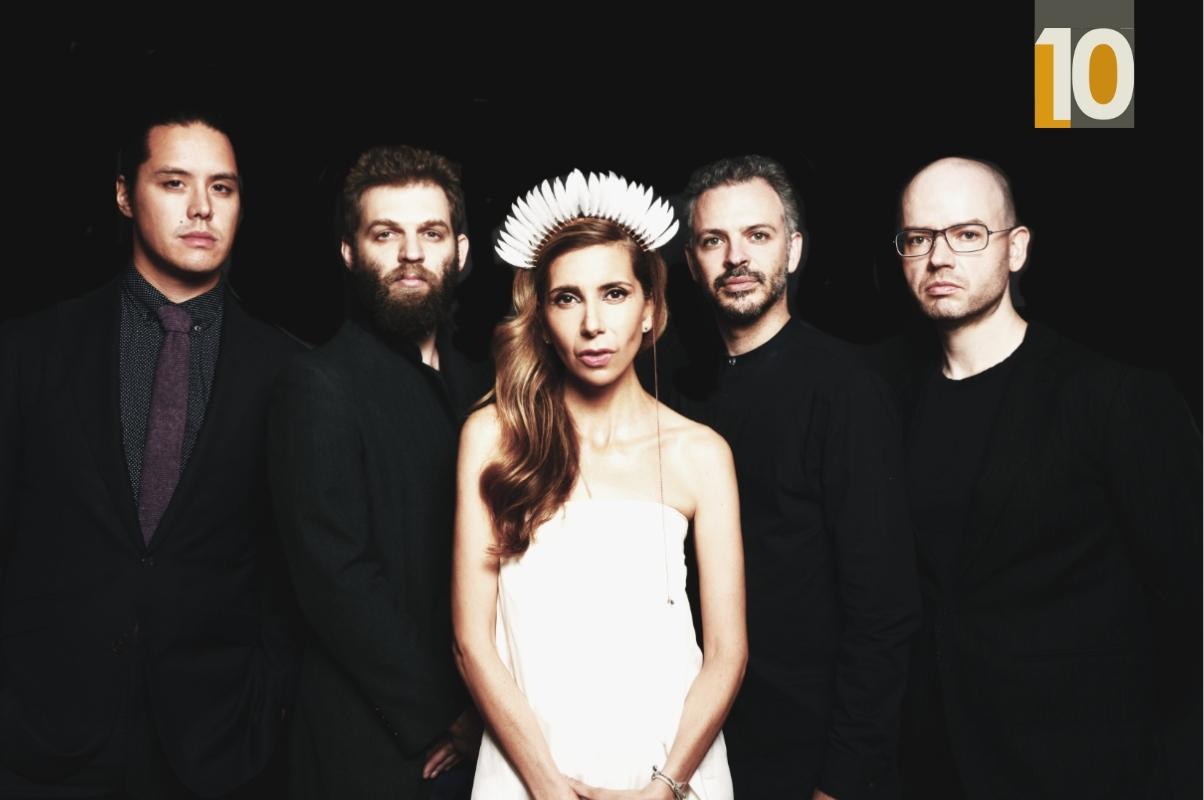 With their gripping performance style and unquenchable appetite for musical adventure, Brooklyn Rider has carved a singular space in the world of string quartets over their fifteen-year history. The group finds equal inspiration in musical languages ranging from late Beethoven to Persian classical music to American roots music to the endlessly varied voices of living composers. They perform with the dazzling Mexican jazz singer Magos Herrera, who embraces elements of contemporary jazz with Ibero-American melodies and rhythms singing in Spanish, English, and Portuguese, in a style that elegantly blends and surpasses language boundaries.

Numerous other collaborations have helped give rise to NPR Music’s observation that Brooklyn Rider is “recreating the 300-year-old form of string quartet as a vital and creative 21st-century ensemble.” The group has frequently teamed up with banjoist Béla Fleck, with whom they appeared on two different albums, 2017’s Juno Concerto and 2013’s The Impostor.

In fall 2018, Brooklyn Rider released Dreamers on Sony Music Masterworks with Mexican jazz vocalist Magos Herrera. Born in Mexico City and currently based out of New York City, Magos is a dazzling jazz singer songwriter, producer, and educator. Declared as “One of the greatest contemporary interpreters of song” by The Latin Jazz Network, Magos is regarded as one of the most active vocalists in the contemporary Latin American jazz scene. She’s known for her eloquent vocal improvisation and singular bold style, which embraces elements of contemporary jazz with Ibero-American melodies and rhythms. Magos sings in Spanish, English, and Portuguese, with style that elegantly blends and surpasses language boundaries. Celebrating the power of beauty as a political act, Dreamers amplifies the visionary artistry of Violeta Parra, Federico Garcia Lorca, Gilberto Gil, Joao Gilberto, Octavio Paz, and others, all who dared to dream under repressive regimes. Dreamers rapidly reached  #1 Amazon, #2 iTunes and got into the Top lists of The New York Times, Billboard Classical, NPR Music, NPR Alt Latino, PRI The World, and was nominated for the international Grammys for Best arrangement with the song “Niña.”

In the same year Magos received the Omecíhuatl Medal, an award granted by the Women’s Institute of the government of Mexico City in recognition of her outstanding contribution to the empowerment of women through the arts and culture and has been included as one of the most creative Mexicans in the world by Forbes Mexico. Herrera is a 2020 recipient of Chamber Music Americas New Jazz Works Award and currently she serves as a Cultural Diplomatic Advisor for the Mexican Government.