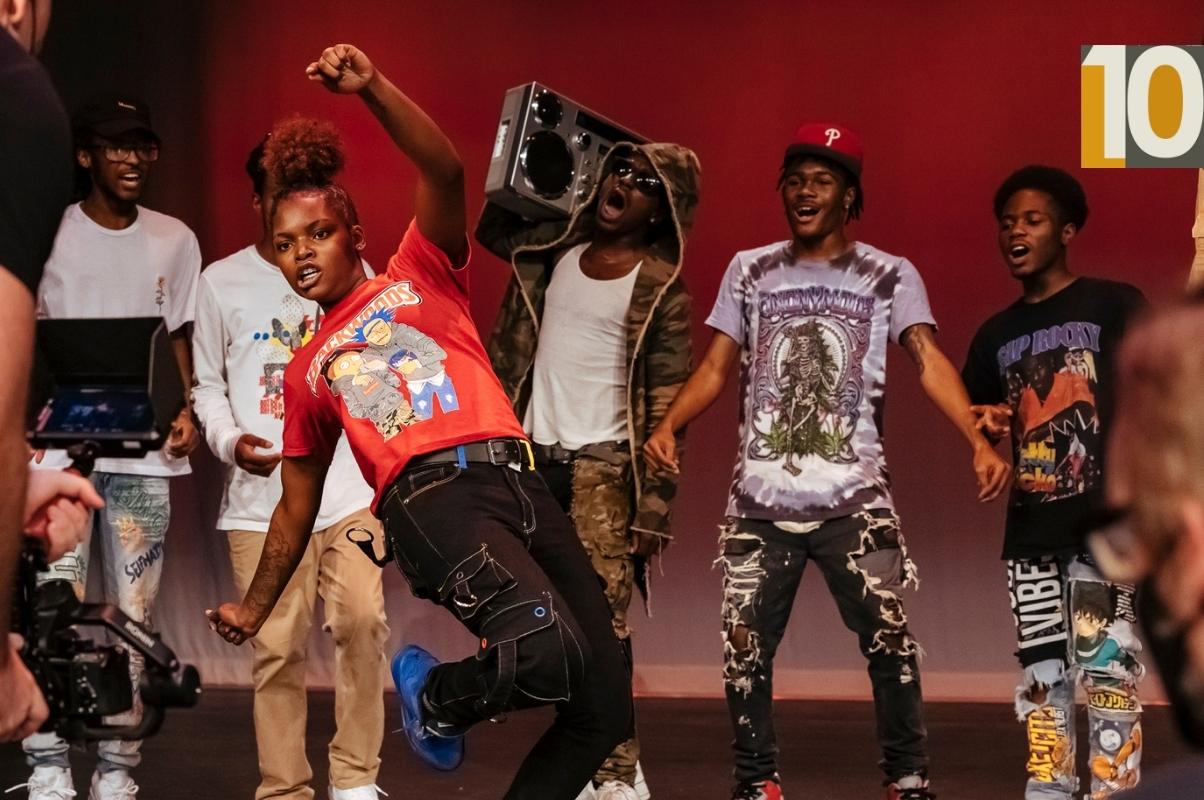 Conceived and choreographed by renowned dance artist Lil Buck, this performance is an ode to Memphis, Tennessee— birthplace of the singular dance style known as Memphis Jookin’. The show takes us on a journey to the fabled city to chronicle how the artform emerged from local street dance to international phenomenon. The production stars a cast of highly skilled Memphis Jookin’ dancers and a DJ performing to a soundtrack that evokes the energy of the streets, the hallways and the clubs where this distinctly American artform was born.

Dai’Vian “Stro” Washington (JJ) Dai’Vian, a 22-year-old native Memphian, has been dancing since he was six years old. A ninth grade theater class revealed his acting talent that he has since developed by performing in plays through high school and college. He followed Jookin on the internet, but developed his own style in the likes of Chris Brown/Michael Jackson, and only began to learn Jookin in the past several years. Working with top-flight Jookers in the show has been very motivating: “I’ve gotten so much advice from them, so much inspiration about how to be myself and incorporate that into the way that I dance.” @Stro.901

Eric “Surf” Taylor, (Double OG, Rehearsal Director) Surf, one of the show’s real OG’s at 30, was born and raised in Memphis. He was all about sports until dancing got his attention at 15, first in hip-hop, the last 13 years as a jooker, inspired by his older brother, Memphis Jookin pioneer (and the show’s co-choreographer) Dr. Rico. Surf has been a member of the seminal Memphis Jookin groups G-Force and 2 Live Crew. “I’ve been in the game so long, I’m not just Jookin for myself any more,” he says. I’m Jookin for the ones who couldn’t make it to this point in their career or in their life. I put them in my heart and just move forward with that.” @Surf_Taylor

Bradley “Geno” Davis (DJ Fly) Geno is 28 and grew up dancing for fun. By the mid-2000s, with Jookin all around him in Memphis and on brand-new YouTube, he started teaching himself through videos and practicing on his own. His independent approach gives him a unique style, and he competed on Fox’s So You Think You Can Dance, Season 12. He’s a member of 901.ent/The DreamTeam and says that Jookin has taught him vital lessons: “I learned the best thing you can do in life is be yourself –– a hundred percent,” he says. “And you have to work hard at anything that you’re serious about, because it’s only going to give you what you give it.” Now he’s passing along those lessons to his five-year-old son Ethen. @LGENO901

Jerame “Dome De Geai” Braden (Ensemble) Dome is only 18 but he’s been involved in Jookin since he was a toddler. His father DJ Kojack DJed Jookin events around Memphis and he tagged along: “I was that little kid just sitting in the back, just watching,” he says. “I got inspired.” Soon he was dancing himself, studying at several studios, and joined the M Town Image crew, where his freestyle flourished. Dome is also active as a photographer/videographer, painter, clothing designer and studies graphic design. But, he says, there’s “a certain type of love that I get from dancing that I don’t get from anything else.” uuglyalien.com @domedegeai

Ryan Haskett (Ensemble, Social Media Manager) Ryan is a 29 year-old artist and entrepreneur from Memphis. He’s studied dance since he was 10 –– tap, jazz, ballet, hip-hop –– and joined the Memphis Grizzlies junior dance team before he hit his teens, but he says, “Memphis Jookin is my home.” He met Lil Buck in 2007 when Jookin was just hitting YouTube, and he jumped headfirst into the Jookin scene. Ryan is also one of Memphis’s top DJ’s and is an active photographer, videographer, musician, and a budding entrepreneur in all his fields of interest. Ryan credits his spirituality and his daily practice of meditation for the balance and success in his life. @RyanTheMindTV

Dra’em Hines (Ensemble) A 19-year-old Memphis native, Dra’em was inspired to dance by his father, an amateur Gangsta Walker. He showed Dra’em the basics and took him to his first Jookin sessions. He says, “I’ve been inspired by every Jooker old and new as I was introduced to the culture.” He’s a member of the crew 901.ent/The Dream Team, and appeared with them in a Kerwin Frost Adidas TV commercial. Dra’em is committed to meditation as a daily practice and feels it has made a real difference in his life: “When you get on the floor after meditating, it’s like you’re in the flow. Meditating is definitely the way to go.” @draem901

Elise “DanceBeastElise” Landrum (Ensemble) Elise earned the title Queen of Memphis Jookin in 2019. She fell in love with the style at 7, watching YouTube videos, and once she started lessons she never looked back. Home-schooled, she spends time practicing or “labbing” every day. She won Heavy Hittas Battlefest Tournament and competed in the national finals in Washington, DC. For Elise, this tour puts it all together: “I’m getting paid to do what I love to do with people who I’ve been dancing with for years…people who’ve helped me. It’s really lovely.” @GangstaE901

Jadyn “Smooth” Nathan (Ensemble) Jadyn’s family moved from Boston to Memphis when he was 3, and the city’s dancing culture caught his interest right away. He started taking lessons, and by 6 he was in one of the first Jookin academies, learning from the city’s best. Soon he was competing in local battles, and now at 18 he’s one of the city’s finest young Jookers –– he won the 2021 Memphis regional Red Bull Dance Your Style event and competed in the national finals in Washington, DC. Jadyn feels the Memphis Jookin tour is the next step: “I’m ready to just to keep going. Any opportunity that’s after this, I’m ready for it!” @iamjadynsmooth

Wes “King Wes” Stewart (Ensemble) Wes has danced since he was 3 years old and at 23, his broad dance background includes studies at almost every hip hop and Jookin studio in Memphis, and a couple of ballet academies. He has worked professionally for the past 9 years, most recently as a member of the Memphis Grizzlies dance team. Wes also has entrepreneurial plans, especially as a clothing designer. After dancing in choreographed styles, returning to Jookin has been a liberating experience for him: “It’s an empowerment thing –– it’s freedom!” @Kvngs.island_

Jasina “Sina Trendin” Tate (Ensemble) Sina began Jookin 8 years ago and now at 22 she’s found her creative path. Like many dancers, she first learned from YouTube videos, but found that live sessions with experienced Jookers were important: “they know how to move and flow with the music. It’s all different live.” As one of the few female Jookers, she encourages more women to get involved, for the creative and the personal benefits: “I learned from Jookin to be confident within yourself, you know, love yourself and love the craft and what you do.” @Sinatrendin901

Larray Curry Walker (Ensemble) Larray says his family noticed his budding dance ability when he was only 2, but he started taking it seriously at age 12, when he joined one of the top Memphis dance studios. The key was taking what he learned there home, practicing and practicing some more. Now 18, Larray describes his personal style as a combination of hip hop, freestyle, and Jookin. He also appreciates the life lessons he’s learned. “Jookin has taught me a lot, especially to have a mind of my own and take the path that I want to take.” @larraycurry