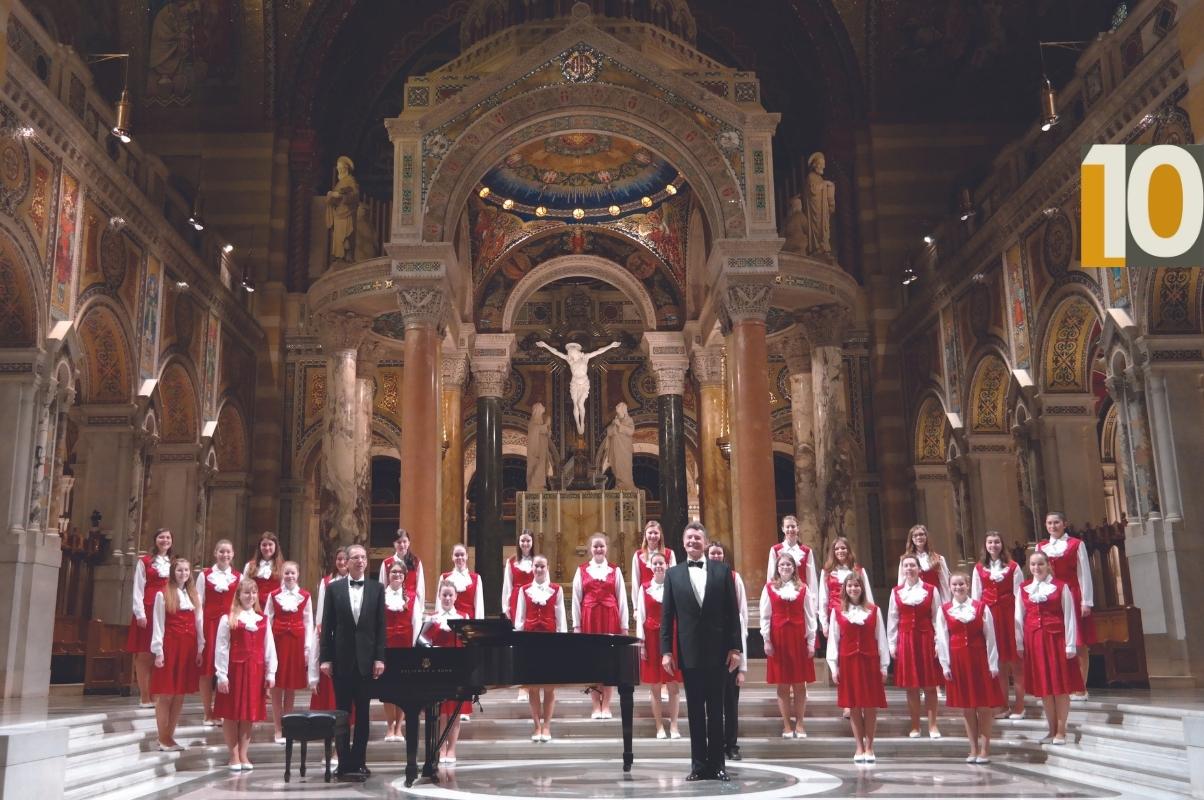 Jitro (pronounced YEE-tro), meaning “Daybreak” in Czech, is more than just a concert choir from Hradec Kralove, a town in the Czech Republic. It is an organization of 400 children in seven preparatory ensembles, of which only the best 25 or 30 qualify to tour. For 45 years they have been admired all over the world for their tonal brilliance, superb intonation, distinctive rich blend of sound and energetic vitality. Today, Jitro is considered as one of the best children’s choirs anywhere in the world.

America’s love of Jitro was re-born when the choir was invited to sing at the National Convention of the American Choral Conductors Association in San Antonio TX in 1993, where they received standing ovations from thousands of professional American conductors. An official response from Dr. J. B. Haberlen, ACDA President stated: “Our ACDA members will long remember your concerts, as they were a major highlight of the 1993 convention.” Professor Doreen Rao of Toronto University commented, “Are you aware that you have just changed forever the character and style of all American choral singing?”

They have recorded with various companies like Supraphon, BMA, Classico, Amabile, ArcoDiva, and Navona Records. Their recent discography contains a special edition of albums devoted to famous composers associated with the choir: Antonín Dvořák, Bohuslav Martinů, Otmar Mácha, Petr Eben, Ilja Hurník, and Jan Jirásek. Since 1977, Jiří Skopal has led the choir as Artistic Director and Principal Conductor, winning high praise for his brilliant leadership. Superb playing by organist František Vaníček and pianist Michal Chrobák adds luster to the choir’s remarkable performances. Noting that “jitro” means “daybreak” in Czech, BBC Music Magazine deemed this an apt description for the chorus’ “bright, gleaming” performances, which are “indeed like brilliant rays of sunshine slicing through the darkness.”