Two performances only: Friday, Nov 15th at 7pm, and an early bird show for out-of-towner’s on Saturday, Nov 16th at 5pm. The World Premiere of local playwright Allyson Adams’ “Howl! A Montana Love Story,” follows the Yellowstone wolf reintroduction of ‘95 and is directed by Cara Wilder. The play features original music by Kali Armstrong and a full cast of amazing Big Sky talent.

Big Sky Community Theatre was founded by a group of Big Sky locals when the Warren Miller Performing Arts Center opened its doors in 2013, and they present annual productions featuring full teams of performers, designers, and directors from around the Gallatin Valley. Past productions include A Streetcar Named Desire, The Great Gatsby, Almost, Maine, Nothing Serious, and The Importance of Being Earnest, among others.

About the Playwright Allyson Adams
Allyson Adams is a screenwriter, playwright, director and third generation, Hollywood descendant who made her acting debut at one years old. Most recently, Ms. Adams has been writing thrillers with daring female protagonists to festival acclaim. Rusalka Revenge, 26 Stabs, Hand of Me, An Addict Speaks and Howl, have all garnered recent Best Short Screenplay and Stage Play awards. Adams has had over 30 plays produced, and she is the former Madam Mayor of National Historic Landmark, Virginia City, Montana, where she brought 400 goats to eat the noxious weeds instead of using toxic chemicals. 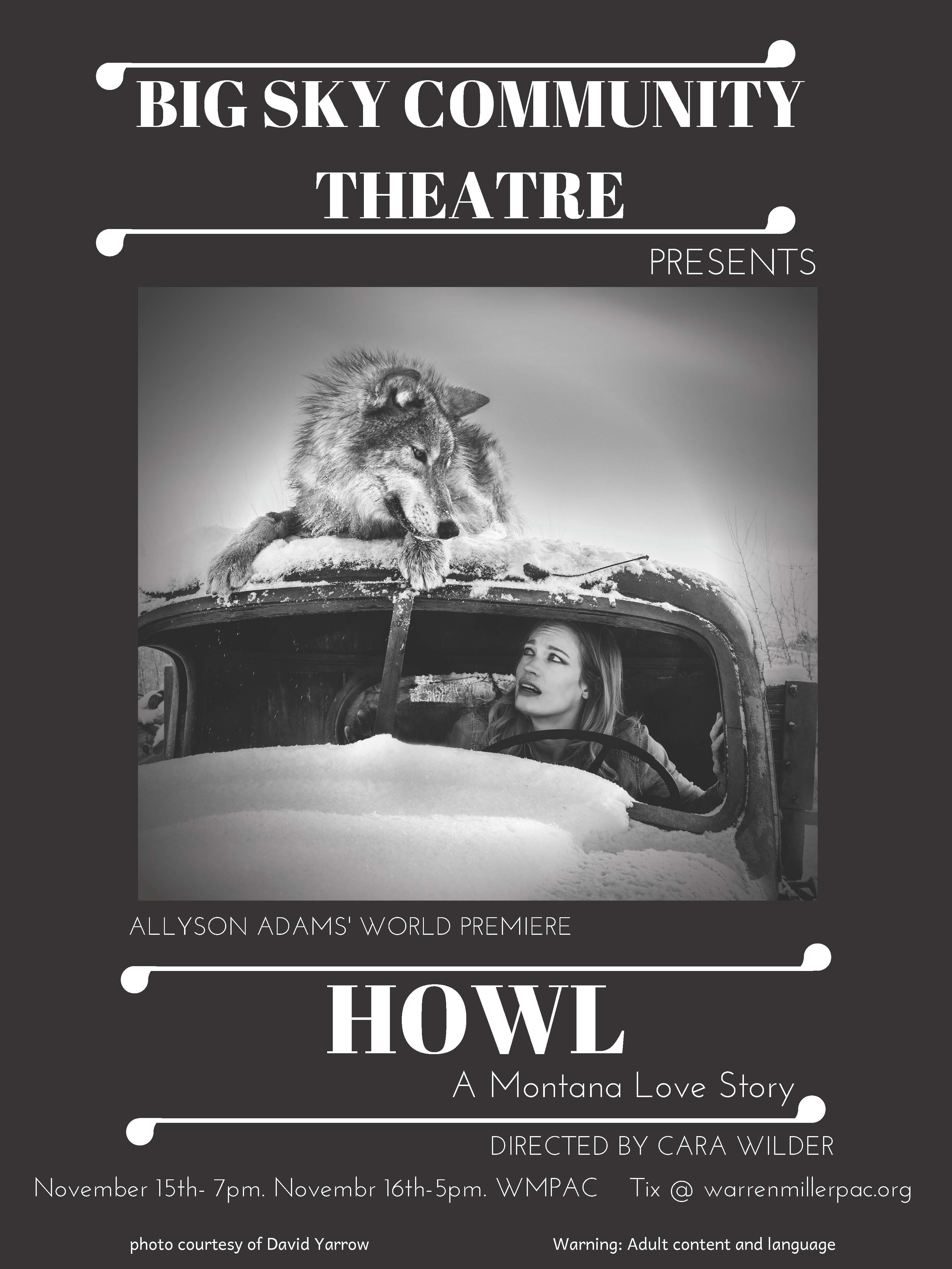