An Evening with Bobby Conte Thornton

An Evening with Bobby Conte Thornton

“The sort of performer who seems to have every emotion immediately available to him.”

Broadway musical star Bobby Conte Thornton joins WMPAC for a special engagement in Big Sky. Thornton will perform an eclectic array of tunes from his debut studio album, Along The Way, accompanied by Broadway music director James Sampliner on piano and Michael Steele on acoustic and electric bass. 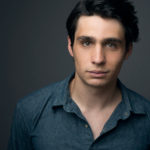 Bobby Conte Thornton is a New York-based actor and singer who made his Broadway debut originating the role of Calogero in A Bronx Tale, directed by Robert De Niro and Jerry Zaks. He returned to Broadway this spring singing “Another Hundred People” as P.J. in Marianne Elliott’s gender-bent revival of Company. Other New York stage credits include My Fair Lady directed by Michael Arden and Starting Here, Starting Now directed by its lyricist, Richard Maltby, Jr. A graduate of the University of Michigan School of Music, Theatre & Dance, BCT starred as Danny Zuko in Grease at Paper Mill Playhouse and Enjolras in Les Misérables at the Muny while pursuing his BFA. He subsequently trained in London at the Royal Academy of Dramatic Art. Upon graduation, his regional stage credits include the new musical Last Days of Summer at George Street Playhouse, Two River Theater’s all-male A Funny Thing Happened on the Way to the Forum, the world premiere co-production of Ken Ludwig’s A Comedy of Tenors at McCarter Theatre Center and Cleveland Play House, and three seasons at the Muny. BCT made his feature film debut in If Beale Street Could Talk, adapted and directed by Barry Jenkins. Television credits include Unbreakable Kimmy Schmidt, Madam Secretary, and The Code. His debut studio album, Along the Way, is available across all digital music providers. The record is based off his touring solo cabaret, Blame It on My Youth, which premiered at the historic Venetian Room in the Fairmont San Francisco prior to a sold-out engagement at Feinstein’s/54 Below. As a concert artist, he has headlined at Lincoln Center, the Carolina Philharmonic and as Tony in Oakland Symphony’s concert version of West Side Story. A native of San Francisco, California, BCT currently resides in Manhattan, and is grateful to be quarantining in Big Sky, Montana. Follow @bobby_conte. 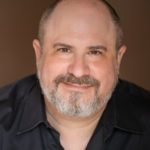